One of my sweet little employees came to me about a month ago and told me that she was taking charge of her diet and wanting to start a healthy lifestyle!!  And then she began to tell me about these cute little egg cups she was making that helped her start her day off right.  I had seen them on Pinterest but never tried them.  However, as she continued to go on and on for several days about just how yummy they are…I decided heck…I gotta try.  Especially since I have a VERY hard time getting myself to eat breakfast!  I am prone to choose 10 extra minutes of sleep over making breakfast.  Which is dumb because 10 minutes of sleep won’t help much…but eating breakfast will haha!  However, now if I take the time to make a batch of these at the beginning of the week, I don’t have to choose!  Cause all I  have to do is warm a couple of these guys up and I can down them in 60 seconds flat…and have healthy energy for my day!  PERFEEEECT!

So, here is what you need for just 6 Bites (I was running low on eggs, so feel free to double it or more!)

And here’s how you do it (easy peasy):

Preheat your oven to 350, and get your bacon started!  Toss it in a pan for a few minutes until just starting to brown and crisp up but still pliable.  You can also crank some fresh pepper on it as you do so.  Peppered bacon is my new favorite!! 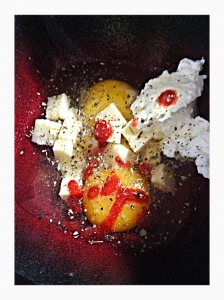 And whisk until smooth…

Smear butter around in the every muffin cup you will be using.  Wrap bacon inside the cups if you are going that route (again, with and without are both fantastic, I don’t think I could pick a favorite!)  Fill each cup 3/4 full with the egg mixture.

Slide into preheated oven and bake until browned and no longer jiggly.  Start checking it at 20 minutes, but it could take up to 30.

See what I mean about the lightly browned, flakey crust on those guys?

But then, who can really resist bacon….? 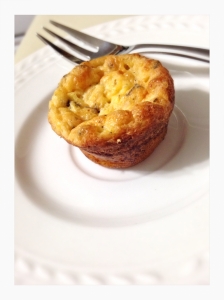 I have an idea…how bout you make some, and let me know what YOU like better?  🙂

Ever since I saw a picture of this on Pinterest, I knew I just had to try.  They are so cute.  And I LOVE me some fried eggs.  And since I eat eggs for breakfast almost every day, it was nice to have a way to shake it up a little bit…and it only added yummy healthiness, cause it was eggs plus a veggie.  It’s pretty self explanatory.  If you can see the picture, you can probably do it. But here is how I did it, just in case 🙂

Here is what you need:

And here’s how you do it! 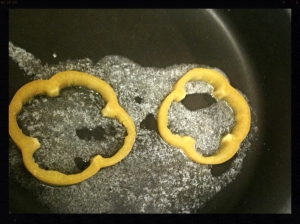 Crack the eggs into the middle of the slices

Cook until it is at your desired amount of done-ness.  You like my fancy, official foodie speech?  Ha.  I wish.  Done-ness.

It works best for over-easyish done-ness.  And looks the prettiest.  However, if that freaks out you can pop the yolk and flip it half way through so it all gets cooked 🙂

Isn’t that just a fun idea?  I hope you love it!!!  It would be cute for entertaining too, cause they kind of look like flowers!  Totally just thought of that!  FUN!!!!